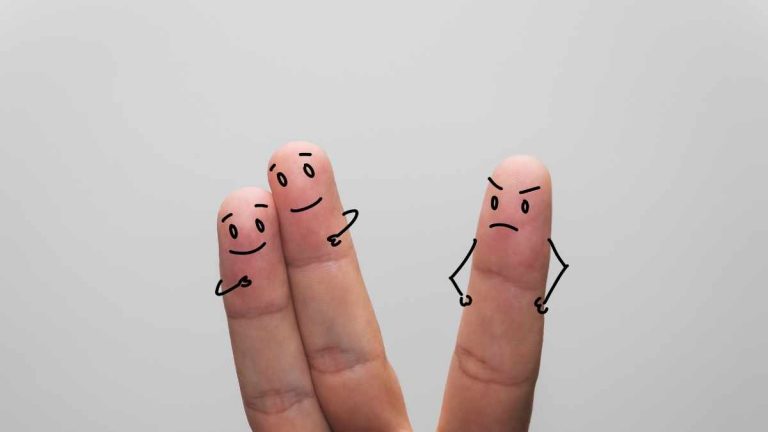 Raising a child can cause additional strain on your relationship!

If you are lucky enough to have an excellent relationship, then you might get a little jealousy thrown your way when your child is old enough to understand what is going on.

Jealously is common, especially if mom or dad is showing someone else the attention your child thinks should be directed only at them.

Here is my guide for dealing with this situation, as it is something I’ve gone through!

Contents show
What Exactly Is Jealousy?
What Is Jealousy In Children?
Reason Of Jealousy Among Children
Considering Themself As The Most Important
Thinking That Parents Are Selfish
Having Difficulties While Expressing Themselves
Having Anxiety
Feeling Helpless
How to Recognize Jealousy in a Child
The Child Starts Showing Aggression
The Child Gets Discouraged
What Are the Risks of Child Jealousy?
Ways to Prevent Jealousy in Children
Final Thoughts
Related Posts:

What Exactly Is Jealousy?

Jealousy is a negative emotion when a person does not receive attention and love from someone important to them.

The parents, particularly the mother, are the first and most essential people in a child’s life.

In addition, when a mother’s attention is distracted away from her child and onto anything else, jealousy appears in the infant’s eyes.

This could be aimed at a younger brother or sister, a new family member, or even strangers.

What Is Jealousy In Children?

Jealousy is a common phenomenon in youngsters.

It is a common occurrence in households with many children. The older child strikes the younger child, fights and argues, and pushes the father away to embrace the mother.

However, only a few parents consider how difficult the process of children’s jealousy is and the awful consequences it may have.

Because they are envious of their mother, most youngsters harbor anger toward their father. When a girl has a strong emotional bond with her father, the opposite may occur.

The mother is the primary caregiver for the child and an important part of the child’s environment.

The child interprets any shift in the mother’s gaze to another person, including the father, as a threat to their safety. Jealousy serves as a protective mechanism for the child.

This is accompanied by a desire to make a scene, spend most of their time with their mother, accompany her, and behave properly exclusively in her presence.

Reason Of Jealousy Among Children

There are several reasons why jealousy arises in children.

However, the following are the most well-known causes of jealousy in children:

Considering Themself As The Most Important

In most situations, children regard themselves as the most important family member and a part of society, and they expect that all care and attention be directed solely toward them.

This is typical in practically all houses, and most of the time, there is nothing wrong with a youngster treating them as the most important person in the world.

Thinking That Parents Are Selfish

When parents begin to prioritize their younger siblings or each other over their children’s or son’s needs, their children feel envious and believe that their parents are selfish.

Having Difficulties While Expressing Themselves

Because the children’s mental and emotional development is still in its early phases, they may not always express pleasant feelings toward their parents, especially if they haven’t been trained to do so.

As a result, the child uses jealousy as a means of expressing their love.

Jealousy in kids is also influenced by the child’s enhanced concentration and anxiousness for trivial causes.

A child understands that, because they can survive without their parents during that early development period, they use jealousy as a protective technique to keep their parents hidden from everyone else.

If a family has children with a narrow age gap, their relationship may range from love to hate: they may watch television and embrace each other, only to fight in 5 seconds.

In large families, with the advent of the third and existing children, the seniors’ and the youngest’s jealousy gradually decreases.

Children become accustomed to looking after, supporting, and campaigning for their siblings.

How to Recognize Jealousy in a Child

Recognizing envy in children might be difficult at times. However, the qualities described below may help you identify jealousy in a child.

The child begins to act aggressively and be hostile toward a new member of the family. When it comes to babies, the situation can swiftly escalate.

The Child Gets Discouraged

With the arrival of a child, the kid becomes anti-social and down. They may also become unruly, rowdy, or begin to cause a fuss.

What Are the Risks of Child Jealousy?

On the surface, the jealousy emotions do not appear to be all that bad. The older sibling feels envious of, the younger sibling bothering them.

It’s reasonable to hope that they’ll become friends and look out for one other as they mature.

When a child’s anxieties are not addressed and dealt with, they develop into a harsh and cynical adult confused about empathy and compassion.

Jealousy damages not only the child but also their relationships with their parents and family.

When siblings reach maturity and become self-sufficient, it is normal for them to remain competitive and resentful toward one another.

Ways to Prevent Jealousy in Children

Be vigilant on the child’s well-being. As previously stated, envy can become dormant. It is critical to prevent envy in children since it can be a source of pain and impede interpersonal interactions.

Talk to the youngster and make it clear that you appreciate their feelings.

Assure your youngster that you adore them, that you appreciate them, and that you want everyone in the family to get along and live happily.

If the problem is out of your hands, seek professional help. An expert will be able to advise you on the best course of action to take.

Jealousy is a very natural feeling for a child. Jealousy arises from the fact that children adore their parents, particularly their mother.

The essential takeaway is that, while eliminating envy is tough, decreasing its manifestations and creating opportunities for each child to feel valued and loved are fully within their power.

However, if a child’s jealousy is not dealt with promptly, it can be destructive.

As a result, parents must continually be aware of their children’s attitudes and feelings toward them. If parents are unable to deal with their child’s jealousy, they should seek medical attention.