How My Friend Stopped Her Child From Hitting Her 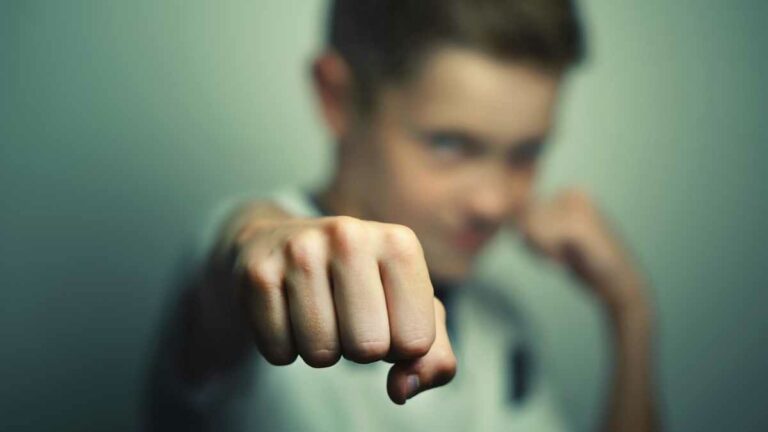 I’ve come across numerous discussions among parents who are at their wit’s end because they do not know the best steps to take when a child hits a parent.

Even children as young as 2 can develop this behavioral issue. Kids hitting parents can really affect the atmosphere in the home, and if not addressed and managed, can go on longer than may be necessary.

Here is a short account of what happened to my friend and her son, Taylor (name changed to protect the not-so-innocent).

It may show you what parents go through in real life. The short narrative can assist you with tips on what to do when your child hits you.

Contents show
Taylor – A Story of a Child Hitting His Parent
Hitting Mommy
The Hitting Continues
What Did I Do About My Child hitting Me?
What Happened Next
Stay Calm – Show Them Restraint
Take A Breath – Consider The Bigger Picture
Conclusion
Related Posts:

Taylor – A Story of a Child Hitting His Parent

I remember the day like it was just yesterday when my 3-year-old was born. He had cute chubby cheeks and was a bundle of joy.

Another memory still fresh in my mind is when he took his first steps and then fell right back down.

Now, Taylor is almost 4, and with his fast-approaching milestone of becoming a pre-kindergartener, he has developed a new way of handling discomfort and conflict: hitting mommy.

I wasn’t prepared the first time he threw a tantrum and started taking a few swipes at me. Surprisingly for such a small boy, I was left with quite a sting on my arm.

We had just finished lunch when he asked if he could watch his favorite cartoon. I had told Taylor earlier that after lunch, we would head for the supermarket to get some supplies. I reminded him that we needed to get ready to go so he could watch the cartoon after we came back.

He tried to beg and ask, but I put my foot down. That’s when he became really upset and started hitting my arm. I was so taken aback I yelled, “Taylor, that hurts!” He went on for less than a minute before he stopped.

The hitting has happened several times since the first incident. My first two or three responses to him hitting me were not ideal.

I did not manage to keep my cool!

In the case of the second hitting episode, I scolded him and angrily stated that I was not going to buy him his favorite Monday afternoon treat, a frozen yogurt fudge sundae.

My reaction only escalated the situation, with Taylor continuing to hit me with even me vigor while I tried to dodge him. Of course, Taylor would apologize after hitting me, and we would be back to our usual mother and son duo.

What Did I Do About My Child hitting Me?

These three incidents led me to sit down and introspect on what to do when your child hits you.

I knew I was the adult, and I was meant to hold my temper and keep calm.

I knew I had to be the one to change how I was dealing with the situation.

Any aggressive or harsh behavior on my part would further accelerate the problem. I needed to model good behavior to Taylor instead of reinforcing the very behavior I am trying to discourage.

I resolved not to blurt out heavy-handed sanctions like taking away his favorite treat or toy. Other responses that were wrong were spanking or scolding.

So, this is what I decided NOT to do:

A mother or father’s negative responses do not help a child hitting a parent improve how they deal with discomfort or conflict.

Instead of reacting negatively, I decided to keep calm if Taylor threw another tantrum and hitting episode. I thought about how I was probably triggering the tantrums and anticipated potentially triggering language that could lead to him feeling insecure, overlooked, and fearful.

I also resolved to only have a heart-to-heart conversation about the hitting when we had both calmed down.

After my resolutions, two more incidences occurred over two weeks. I can’t say I executed my well-laid-out plan with military precision.

I did trip up a little, but I got better at managing my emotions to maintain a sense of calm even in those aggressive moments.

The hitting still stung as much, but I could see the more I reacted to Taylor calmly and lovingly, the less aggressive the situation became.

Our heart-to-heart conversations were therapeutic for both of us because Taylor got to talk through what he was feeling, and I was able to encourage him to express his emotions and feelings more rather than lash out.

That’s the key point. Kids do not know how to deal with emotions, they have to be taught. It is our job, as parents, to teach children how to react to certain emotions.

I also spoke to Taylor more about personal boundaries, reassuring him that I loved him, I was not angry with him, but hitting wasn’t OK.

We talked about the things he could say and how he could say them when he felt frustrated. He was very receptive to our conversations.

I am getting much better at staying calm and not behaving negatively if Taylor hits me. I can see the positive effect this has had on reducing the tension in the situation.

The other day, I was finishing off the laundry and was exhausted. I hadn’t been paying much attention to Taylor. Every time he came to ask for something, I kept pushing him away because I wanted to get the chores done.

When I was done, he looked excited and asked if I would make him a snack because he was hungry. I was still in my own world, thinking of putting my feet up for a few seconds.

When I hesitated to respond to his request, I could see his face change from a smile to a look of exasperation. I had a lightbulb moment; I realized that my response to Taylor’s request could set off a possible tantrum and hitting incident.

I decided to take a deep breath and forget about my fatigue. Taylor had been trying to get my attention the whole time I was in the laundry room, and I had been pushing him away.

His patience was probably running thin and my coming out of the laundry room raised his expectation that finally, he could get mom’s help and attention.

After reconsidering Taylor’s feelings, I responded enthusiastically to Taylor’s request for a snack. He began to beam.

I made him a sandwich, and he happily continued to play with his toys. We spent that whole day incident-free.

I felt I had jumped over a huge hurdle. That was definitely an aha moment for me as a parent.

I realized that I could not only manage the hitting moments in a much better way by regulating my responses, but I could keep an eye out for ways to trigger negative emotions in Taylor.

Some of the triggers were understandable, like in the incident with me carrying on with laundry and not giving him enough attention for a prolonged time.

Of course, I realized that not all of the triggers were that obvious, but it was a stepping stone to better and healthier interactions with my son.

Kids hitting parents can be challenging for a family.

In my friend’s journey with Taylor, she learned to reduce how explosive the tantrum and hitting incidents were by keeping calm and not acting aggressively or punitively.

She also started proactively identifying and deescalating triggers that would cause her son to resort to hitting.

Besides what she, as a parent, could do, she needed to patiently guide Taylor to express his emotions and frustrations without hurting other people.

In life, we all have learning to do.